Free shipping on all orders over $30

RIDE - WE SUPPORT. WE CARE.

This year we participated in the 7th Annual Tampa Bay Buccaneers Treasure Chests 5K as we continue to find events to give back to our communities and help raise awareness and funding for local breast cancer patients.

We are already looking forward to this event next year and hope to have more people join us for this day of fun filled activities.

There were about 3500 plus participants this year and the money raised stays in the local community of Tampa Bay.  After the race, you can tailgate and attend the Buccaneers game to end your day.

Let us know if you want to join us next year as we are planning a tailgating event after the run and prior to the game.

We look forward to others joining us.

After meeting in the early 2000’s Roy and I made an immediate bond around our love of sports and over time started participating in charitable events as a way to give back to the community in which we lived and to support important causes that we were fond of for personal reasons. Back in 2010 after running and cycling for many years, we decided to work on our dream of designing our own apparel. We had spent thousands of dollars on athletic apparel but could never find anything in “Purple”. Why “Purple” you ask?…
OUR STORY
OUR FOUNDERS
PURPOSE STATEMENT
OUR MISSION

After a day of racing we were able to watch some of the professionals race. Olympic Gold Medalist and World Ironman Record holder Kristian Blummenfelt won the men’s professional event and Jackie Hering won the women’s race. Both races were exciting and decided on the run portion.

We met Tim O’Donnell and Miranda Carfrae “Rinny” in town to help with commentating and Olympic Gold Medalist and World Ironman Record holder Kristian Blummenfelt at this year’s event.

Come join us next year and compete at the World Center of Racing.   Ride your bike where all the NASCAR legends have driven.
#CLASHDAYTONA  # teampurplecrank 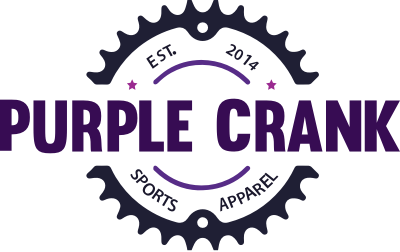 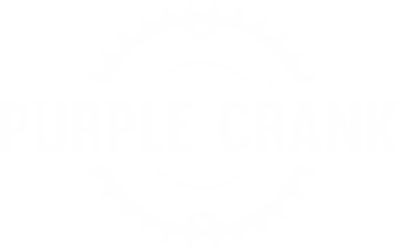